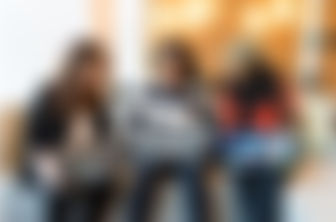 Keys to Prospecting in Network Marketing: Everything You Need to Know

Finding the right network marketers for your needs requires the right strategy. Here are the keys to successful prospecting in network marketing.
The network marketing game can be extremely competitive. The top distributor for Amway was Dexter Yeager, who made $12 million a year! This competition leads about half of the people who start participating in a multi-level marketing business to abandon it within a year of starting it.


That is why it’s so important to understand the most important principles of prospecting. So how can you increase the success that your prospecting strategy generates?


Read on to learn all about the most important things to focus on when you are prospecting in network marketing!


Focus On Your Network Marketing Prospects
Many people fail to form a good relationship with their prospects because they are focused too much on themselves. Alternatively, they might be focus too much on their business.


Both of these are the wrong focuses. Instead, you should be focused on your prospect. You should understand what they care about and what success would look like for them.


People naturally trust you less when you seem to be trying to use them for your own ends. When you are focused on their ends instead, they are more likely to trust you. This goes double when you are prospecting with your friends.


Be Careful With a Script for Prospecting
It is important that you script out certain parts of your prospecting process. However, this is something that you have to be very careful with. You want to avoid coming off as scripted as much as possible.


In order for that to work, it is best to avoid scripting too much. In particular, you don't want to use the script too much when you are first reaching out to someone or speaking with them.


Many people turn to a script because they are afraid of the feeling of not knowing what to say. However, if you can face that fear, you can enjoy much more success than most people do. If you stick with that fear long enough, you will eventually come up with things to say.


Understanding Will Help You With Converting Network Marketing Prospects
Everybody wants many of the same things. They might want more money, more financial freedom, financial security, and things like that. But just because people generally want these things does not mean that they all will resonate with people.


If you simply ask, your prospect will tell you what they care about. Make sure you are listening when they do.


Listen During the Process of Prospecting
Many people think of listening as a passive act. As long as you are sitting there and hearing the words someone is saying, you are listening. That is not true at all.


If you listen carefully, you will notice things that you would otherwise miss. And if you listen more carefully than you ever have before, you'll start to learn more and more about people.


The Importance of Questions While Prospecting to Network Marketers
It is important that you do not seem like you are just pitching someone. That is why you want to leave plenty of space for the other person to talk. Of course, people might not know what to say when they are in a new situation.


Understand the Most Important Principles When You Are Prospecting in Network Marketing
Many people approach the network marketing game with a lot of determination and resistance to the stress that can come with it. However, that determination needs to be combined with techniques and skills.


The better you understand the game of prospecting in network marketing, the more successful you will be. However, understanding is only part of the equation–the other half is having the right prospecting tools.